Fixation of pay in the revised pay structure

(1) The pay of a Government servant who elects, or is deemed to have elected under rule 6 to be governed by the revised pay structure on and from the 1st day of January, 2016, shall, unless in any case the President by special order otherwise directs, be fixed separately in respect of his substantive pay in the permanent post on which he holds a lien or would have held a lien if such lien had not been suspended, and in respect of his pay in the officiating post held by him, in the following manner, namely:-

(A) in the case of all employees- 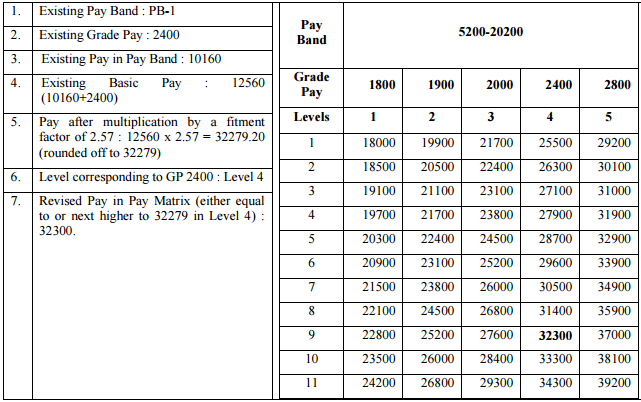