The Labour Bureau, under the Ministry of Labour and Employment has now released the AICPIN points for the month of January 2016, the index stands at 269.

The first index point for the year 2016 has been released by the Central Government and the 7th Pay Commission DA Calculation also starts with this first index. 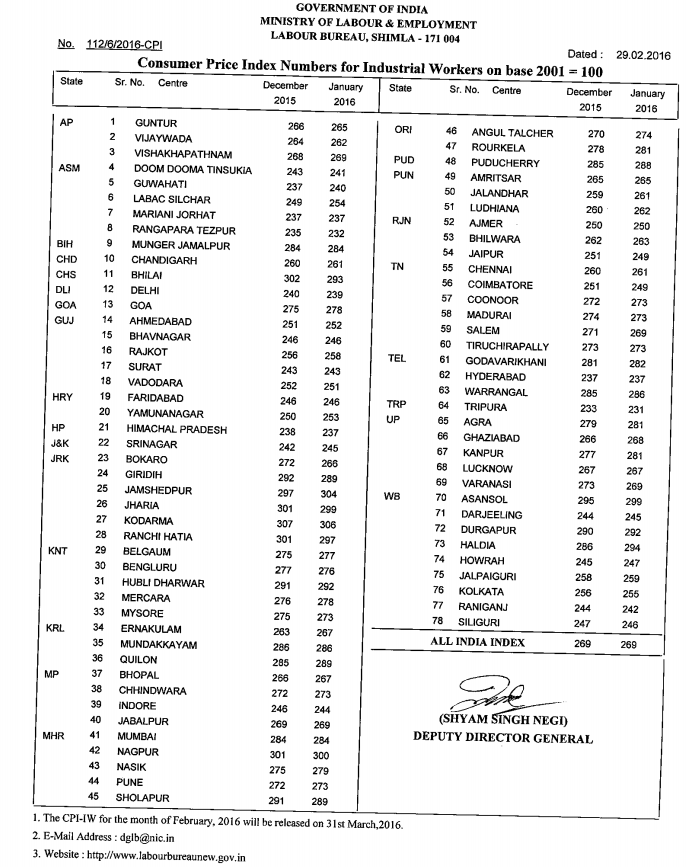 The All-India CPI-IW for January, 2016 remained stationary at 269 (two hundred and sixty nine). On 1-month percentage change, it remained static between December, 2015 and January, 2016 when compared with the rise of 0.40 per cent between the same two months a year ago.

The next issue of CPI-IW for the month of February, 2016 will be released on Thursday, 31st March, 2016. The same will also be available on the office website WWW. labourbureaunew.gov.in.