You are here: Home / Expected DA / Cabinet likely to be approved 6% DA in this week for CG Employees and Pensioners 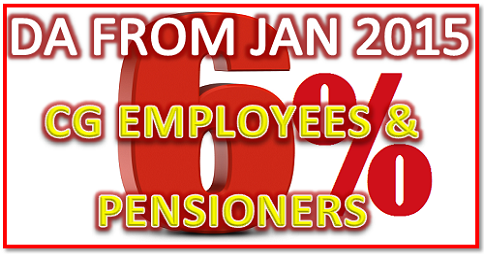 As per media source, 6% of additional Dearness Allowance from Jan 2015 to all CG Staff and Pensioners is expeceted to approve in the cabinet meeting which will be held on Thursday this week.

As per practice, arrears from January to March 2015 will be paid in cash in the month of April.

As most of the state Governments follow central pattern for Dearness Allowance, employees and pensioners of various state are also waiting for the same as DA approval.