Govt Gazette Notification on Wages through Cheque or Online Banking 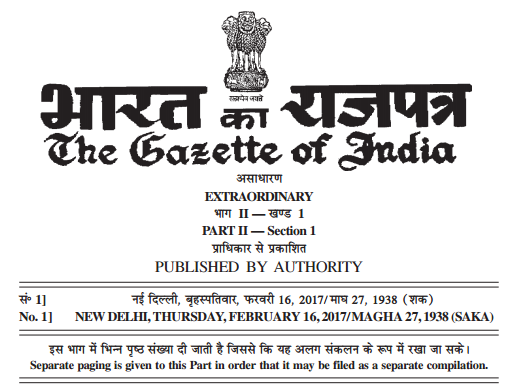 The following Act of Parliament received the assent of the President on the 15th February, 2017, and is hereby published for general information:—

An Act further to amend the Payment of Wages Act, 1936.

BE it enacted by Parliament in the Sixty-eighth Year of the Republic of India as follows:—

“6. All wages shall be paid in current coin or currency notes or by cheque or by crediting the wages in the bank account of the employee:

DR. G. NARAYANA RAJU,
Secretary to the Govt. of India