1. For revision of pension, the qualifying service mentioned in first column shall be taken as actual qualifying service rendered for which pension had been sanctioned.
2. The rates of pension above the term of engagements are only in respect of those who were retained in the service beyond their term of engagement during emergency peiords.
3. To cover invalid our cases, rates of pension has been indicated from 1/2 years of service for all ranks though such cases may not ocur in reality in higher ranks.
4. The Service Element of Disability/Liberilzed Disability/War Injuiry Pension and Invalid pension shall also be revised by the rates mentioned in the table.
5. Pension of DSC personnel drawing their first pension from DSC irrespective of Clerical / Other duty group, shall also be revised from this table by allowing the rates of Group ‘Y’ in relevant ranks.
6. Pension of JCO/ORs granted upgradation under ACP/MACP scheme, shall be revised with reference to the rank for which ACP/MACP had been granted. 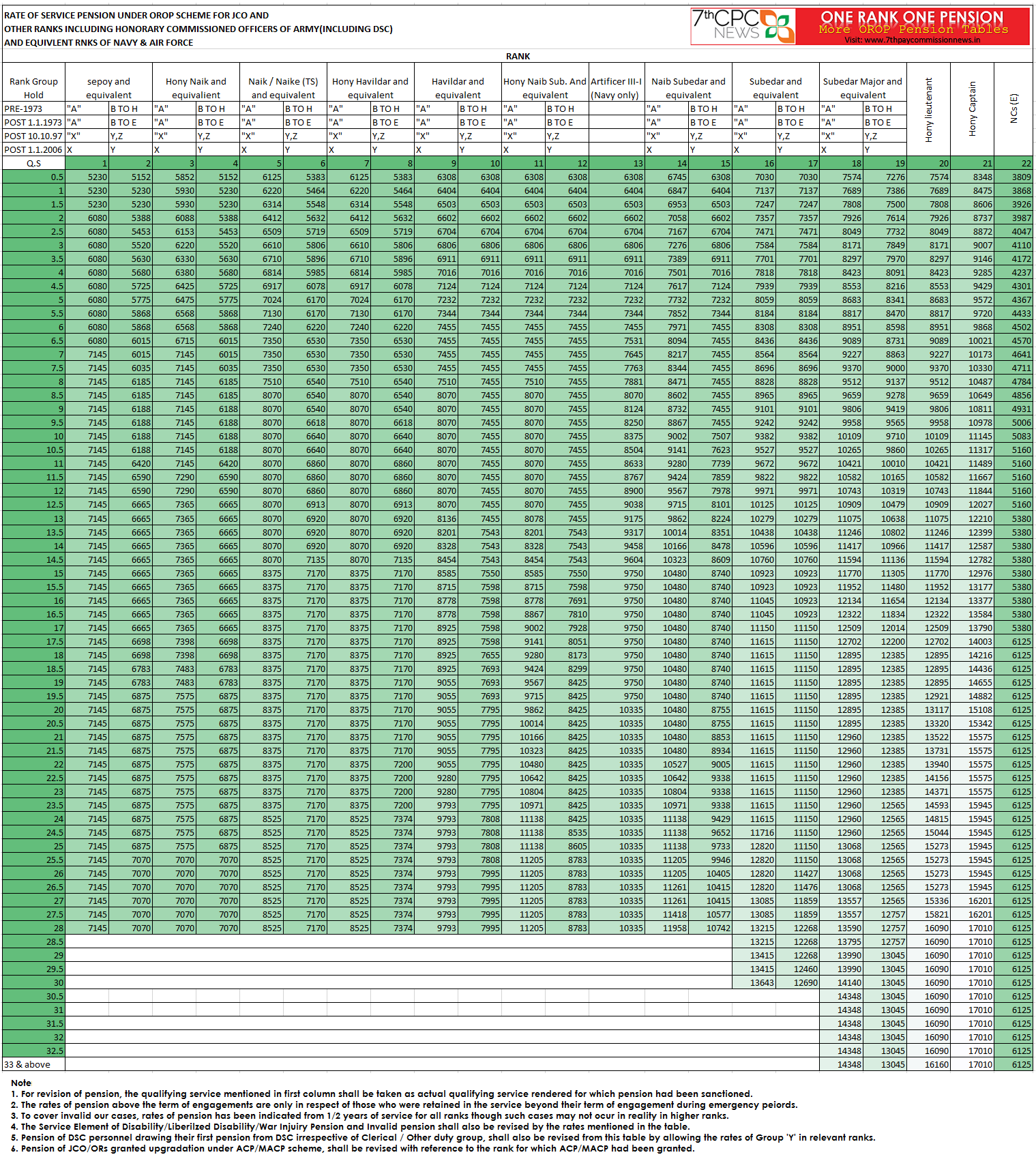