lt has been observed from the latest reports based on the e-scrolls that a considerable number of pension revision cases for payments of arrears are still pending. Out of 21469 cases for which pension revision authorities were issued by CPAO on 7th September, 2015, for as many as 8142 cases (38%), payment of arrears to Pensioners’ Accounts have not been effected by Banks (summarised statement enclosed).

It is advised to clear the pendency of arrear payments pertaining to Revision Authorities issued by CPAO upto 31.12.2015 latest by 31st January, 2016. Further, such long delays in payment of arrears to pensioners is a serious issue which needs to be urgently addressed by Banks / CPPCs. 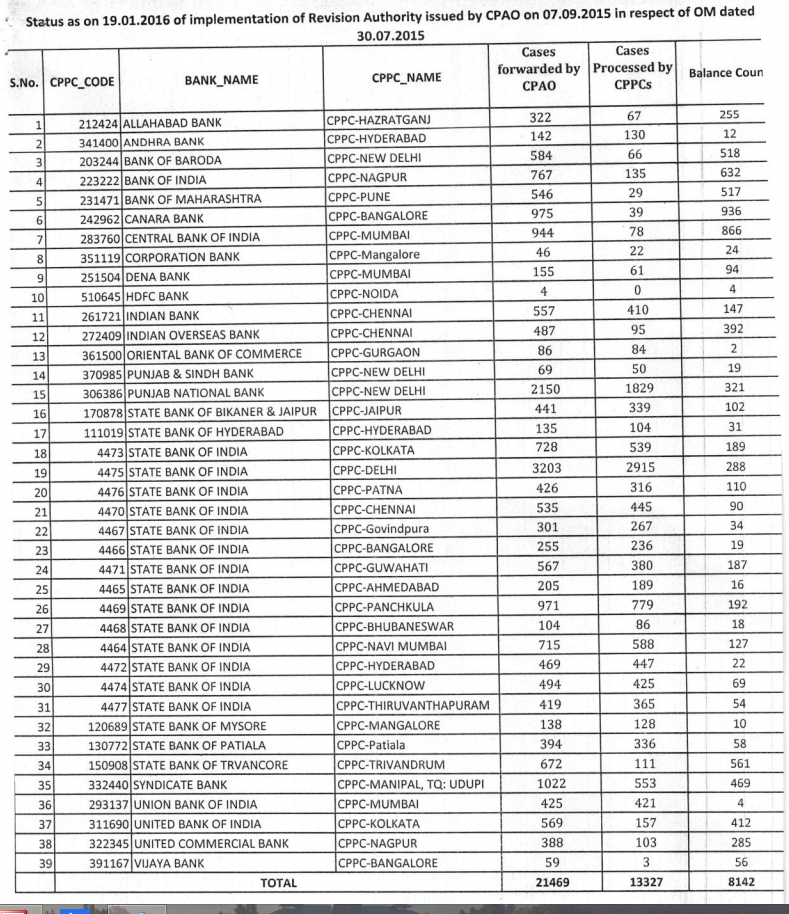