Upset over the delay in the implementation of the One Rank, One Pension (OROP) policy, ex-servicemen on Sunday held protests across the country, demanding its immediate introduction. 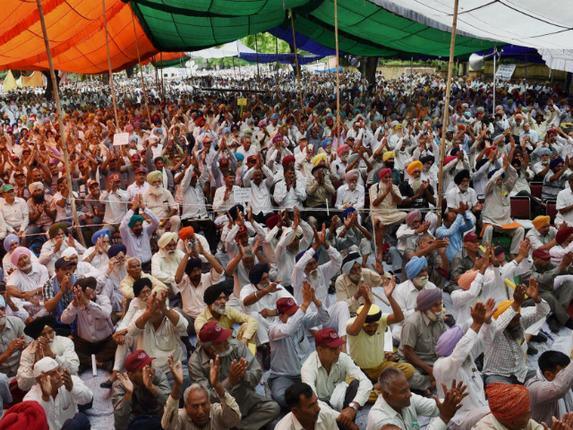 The protest comes after talks — both formal and back-channel — with the government failed as the ex-servicemen were not given a specific timeline for the implementation of the long-pending OROP.

“Prime Minister Narendra Modi has assured us that it will be implemented, but it has been one year,” said Col. (retd.) Anil Kaul, the media advisor to Indian Ex-Servicemen Movement (IESM).

The ex-servicemen maintained that they were not against any government but were protesting to get their long-pending dues. They also said that they have sought an appointment with President Pranab Mukherjee.

The slogan of ‘Jai Kisan, Jai Jawan’ was raised as a group of farmers joined the protest at Jantar Mantar to support the ex-servicemen.

In the eighth instalment of Prime Minister Modi’s ‘Mann Ki Baat’ radio talk, he had assured ex-servicemen that his government would soon resolve the OROP issue.

OROP envisages a uniform pension for the Defence personnel retiring in the same rank with the same length of service, irrespective of their date of retirement.

Close to 22 lakh ex-servicemen and over six lakh war widows stand to be the immediate beneficiaries of the scheme.

Defence Ministry sources said the OROP file was with the Finance Ministry for a final budgetary approval. Defence Minister Manohar Parrikar has repeatedly said that the government has completed all formalities and OROP will be implemented soon.